Manchester United have confirmed the signing of Henrikh Mkhitaryan from Borussia Dortmund on a four-year deal.

The club confirmed the new signing on their official website. Manchester United coach José Mourinho described the new catch as a talented player who will help the team win trophies.

”Henrikh is a very talented footballer who has been in such prolific form for both his club and his country. He is a real team player with great skill, vision and also has a good eye for goal. I am delighted he has chosen to sign for United. I believe he will make an impact on the team very quickly as his style of play is suited to the Premier League. We are all looking forward to working with him.”

Mkhitaryan said he is proud to join United in what he described as a dream move.

“I am very proud to join Manchester United, this move is a dream come true for me. I am excited to play for a club with such an illustrious history and hope to be part of it for a long time. I thank the trust the club and Jose Mourinho have put in me. Finally, I believe playing for such a great club honours my father’s memory, and the inspiration and drive he gave to me when I was young.”

In other transfer news, Former Manchester United winger Nani has moved to Valencia on a three year deal for an undisclosed fee.

Nani was previously at Turkish side Fenerbache. The 29 year old Nani began his career at Portuguese side, Sporting Lisbon.

But it was at Manchester United that Nani’s career blossomed under former manager Alex Ferguson where he won four Premier League titles and one Champions League title.

After United, he moved to the Turkish side last year on a three-year contract helping them to finish second.

In other news, Crystal Palace has snapped up James Tomkins from rivals West Ham for a fee reported to be £10m.

Elsewhere, Barcelona has brought back midfielder Denis Suarez from Villarel. 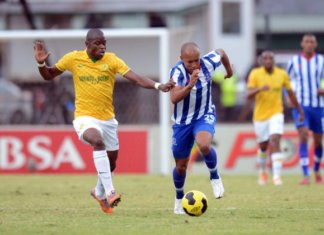 Amy McDonald - April 24, 2018
0
Maritzburg United will look to prevent Mamelodi Sundowns from closing in on the Absa Premiership title when the teams meet at Harry Gwala Stadium... 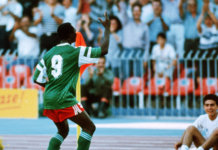 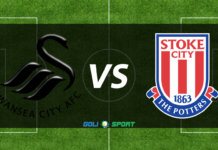