Arsenal, currently at the top of the table, invite Newcastle United at home on Saturday and are eager to keep their place at the summit.

Arsenal are at the top only on a superior goal aggregate as they share 38 points with second placed Leicester City. The Foxes who play Bournemouth also on Saturday failed to go to the top of the table after holding Manchester City to a barren draw at home last Tuesday.

Going into their match against Newcastle, the gunners have a perfect record in the last six matches having lost just once-a 4-0 drubbing to Southampton on Boxing Day. Newcastle on the other hand have won just twice in their last six fixtures and none of the wins have been away.

Arsenal look likely to pick their ninth consecutive victory against the Magpies, with their front men Oliver Giroud and Mesut Ozil in top form. The Gunners have also been stable at the back and have managed to keep a clean sheet in the last three out of five matches they have played.

Newcastle placed 18th on the log look unlikely to give Arsenal problems as they seem demoralized by consecutive defeats.

Olivier Giroud has scored 8 goals out of the 7 matches played against Newcastle.

The biggest worry for Leicester coach Claudio Ranieri, is the fact that his side has not scored in two consecutive matches and will be hoping that Jamie Vardy  is fit enough to give him goals on Saturday.Leicester City on the other hand, will be hoping that they beat Bournemouth and Arsenal slips up at home so that they regain the top position again.

Leicester City cannot afford another slip up considering that the difference between the top four teams is just four points.

Manchester United are back at home on Saturday to invite Swansea City. Pressure continues to pile on coach Louis van Gaal to pull some magic in order to save his job.

United have now gone more than six matches without a win and with reports that Jose Mourinho is tipped to take over at Old Trafford, every match is a must win for Van Gaal.

The Red Devils have picked just a single point in the last two matches after holding Chelsea to a barren draw and losing 2-0 to Stoke City.

On Sunday, new Chelsea coach Guus Hiddink will be hoping to pick his first win against Crystal Palace.

The Blues are dangerously flirting with relegation and need some magic to turn around their season. 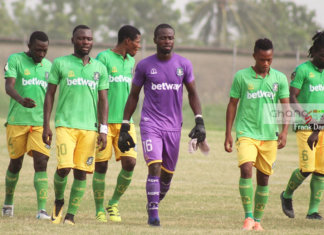 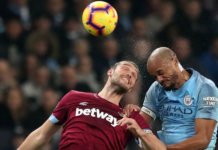 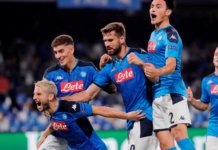 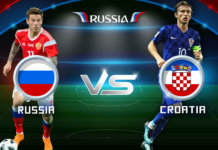