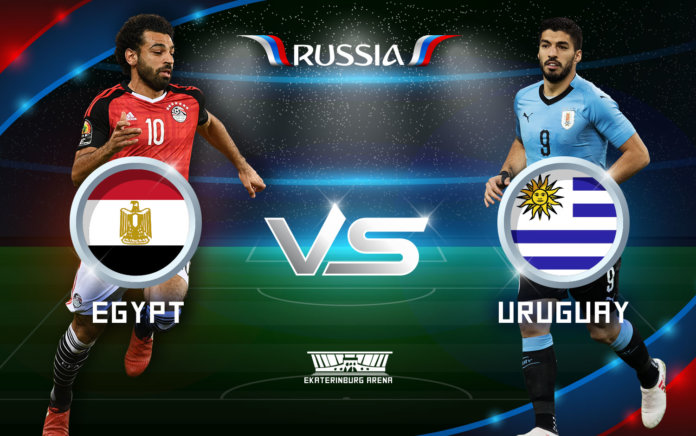 Egypt will look to mark their return to the World Cup with an upset win over Uruguay in their opening Group A clash, set for the Central Stadium in Yekaterinburg on Friday, June 15, kick-off at 14h00 CAT.

The Pharaohs are appearing in just their third World Cup and a first since 1990 – somewhat ironically, since they were the first African team to play in the tournament, way back in 1934.

Egypt comes into the match under a cloud, both in terms of their recent results and the uncertainty surrounding star player Mohamed Salah. In the first category, they wrapped up their preparation with a 3-0 loss at the hands of Belgium last Wednesday, a result which brought their winless streak to six matches.

As for the latter issue, Egypt has claimed Salah will be fit to play against Uruguay following the serious shoulder injury he sustained while playing for Liverpool in the final of the UEFA Champions League last month – though the fact that they haven’t definitively stated he will be in the starting XI speaks for itself.

Without Salah, Hector Cuper’s Egypt is somewhat lacking in attacking invention and penetration. Yet they have a resolute defence marshalled by the likes of Ahmed Elmohamady, Ahmed Fathi and Ahmed Hegazy, while any appearance for goalkeeper Essam El Hadary will make him, at age 45, the oldest player to appear in a World Cup match.

Uruguay, by contrast, has won their last three matches on the bounce, rounding off their warm-up with a 3-0 win over Uzbekistan last Friday. However, that clash was their only official game so far this month, leading to suggestions that Oscar Tabarez’s side could be undercooked coming into Russia 2018.

The South American heavyweights – like Egypt – boast a sound and experienced defensive line but they also have the attacking side of their game buttoned down: strikers Luis Suarez and Edinson Cavani have a combined total of more than 90 goals in international football and are expected to provide the firepower for ‘La Celeste’ to top the group and advance into the last 16.

Egypt and Uruguay have met in just one previous match according to FIFA’s statistics database: a friendly in Alexandria in August 2006 which was won 2-0 by the South Americans. Tabarez’s side will be favourites to repeat that result in this encounter in Yekaterinburg, but with Egypt likely to play very defensively (knowing that this will be their toughest test in the group) a low-scoring draw is perhaps the most likely outcome.

goalkeeper - April 3, 2015
0
Monday night’s English Premier League football is a vital one for Manchester City who will be a popular choice to take maximum points from... 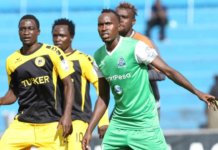