Hosts France finished at the top of Group ‘A’ after being held to a barren draw by Switzerland on Sunday night in the on-going Euro Cup.

The result pushed the Swiss to the last 16 as they take the second spot in Group ‘A’ with five points. The French finished at the top with seven points.

Bouyed by a huge turn up at home, the French were unlucky not to get all three points against the Swiss.

Paul Pogba was denied twice by the woodwork in the first half. Dimitri Payet also hit the crossbar after being fed by Moussa Sissoko.

The Swiss came into this match with a poor record against the French having failed to win against them in seven matches. Even then, the Swiss still looked determined to break this record and had a number of shots at goal which did not go their way.

Albania upset the form book after stopping Romania 1-0 and with it look on the verge of making it to the last 16. The victory gives Albania three points and has to wait for other results to see if they will qualify as one of the four best third-placed teams.

Albania was lifted by a goal from Armando Sadiku whose header beat Romania goalkeeper Ciprian Tatarusanu. Albania had lost to Switzerland and France in their opening matches and was determined to turn around their fortunes in the last match.

In the end, they could have just do

ne more than they expected as they take part in their first major competition.

The scores remained barren at the end of the first half but Lukaku who has been under a lot of criticism opened the scores for Belgium before Axel Witsel added a second. Lukaku added the third and ensured that Belgium picked their first win of the tournament.

Portugal was held to a barren draw by Austria while Hungary and Iceland drew 1-1 in other matches played on Saturday. 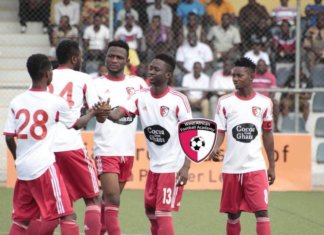 Amy McDonald - April 4, 2018
0
WAFA and Dreams will both be looking to bounce back from defeat when they meet in round five of the 2018 Ghana Premier League... 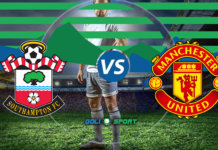