Sheffield United will take on Norwich City in an English Premier League match at Bramall Lane on Saturday.

The Blades were held to a 1-1 draw by Brighton and Hove Albion at home in their previous match on February 22.

The draw extended their unbeaten run to three matches in the league having recorded two wins and one draw.

They are also undefeated in their last two home matches having registered one draw and one victory.

Meanwhile, Norwich secured a 1-0 win over Leicester City at home in their previous match on February 28.

The Canaries snapped their four-match winless run in the league having registered three defeats and one draw.

However, they are winless in their last seven away matches in the league having recorded two draws and five defeats.

Jamal Lewis, the Norwich full-back, is hungry for more Premier League goals after scoring against Leicester.

“I’d obviously love more; I feel like I need to get into those positions a little bit more to help the team,” Lewis said.

“Me and Max [Aarons] always joke around and say that we need to get on the end of each other’s crosses to help each other get our stats up.

“It felt great to bring three points home and for it to be a clean sheet and my goal, just a perfect performance.”

The last league meeting between Sheffield and Norwich was on the 8th of August 2019.

The Blades recorded a 1-0 victory over the Canaries at Carrow Road. 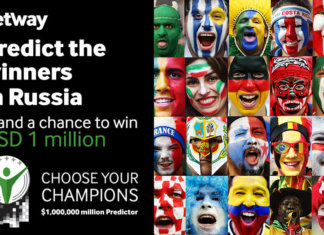 Amy McDonald - May 29, 2018
0
Do you think you have the World Cup all figured out? If you know who will beat who, who is progressing to the next...