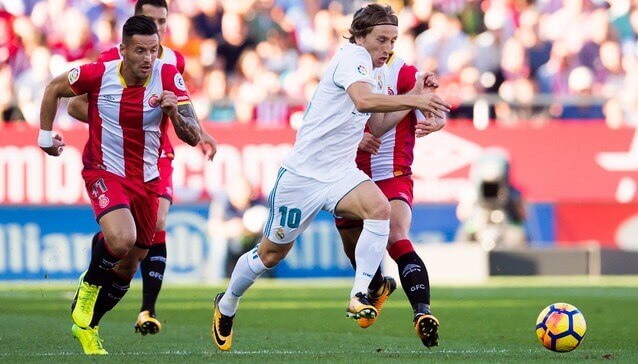 Real Madrid will chase a second win at the start of the 2018/19 La Liga season when they face hosts Girona at the Estadi Municipal de Montilivinon Sunday, August 26, kick-off at 22h15 CAT.

Girona comes into the game having opened their league campaign with a goalless draw at home to Real Valladolid last Friday.

The stalemate represented a solid start for the Blanquivermell, as manager Eusebio Sacristan looks to equal or better their impressive 10th place finish in La Liga last season – their first ever campaign in the top flight.

Girona will look for inspiration at both ends of the pitch in this clash, as they will need Moroccan goalkeeper Yassine Bounou to be at his best, while Uruguay forward Christian Stuani will look to trouble the visitors’ defence.

Real, meanwhile, opened their La Liga season with a 2-0 home win over Getafe last Sunday, with goals from defender Daniel Carvajal and attacker Gareth Bale. The Welshman is set to be key figure under new manager Julen Lopetegui, especially in the wake of Cristiano Ronaldo’s departure to Juventus.

Los Blancos will also look to the likes of Sergio Ramos, Luka Modric and Karim Benzema to play leading roles as they seek to challenge Barcelona and Atletico Madrid for top honours in Spain’s premier championship.

Girona and Real Madrid have met only twice before, but both games were absolute thrillers for different reasons. Their first meeting in last season’s Liga in October 2017 saw the newly-promoted claim a shock come-from-behind 2-1 home win, thanks to goals from Stuani and Portu.

The Madrid side claimed revenge in the return game at the Bernabeu in March this year, as Ronaldo netted four times to help his team rack up a 6-3 win.

Real will be wary of another upset at the 13,500-seater Montilivinon, which is the third smallest ground in this year’s Spanish top flight – only Eibar and Leganes have venues with smaller capacities.

Gilbert Wandera - August 10, 2016
0
The tournament pits the winner of the Champions League against the Europa League winners. This is the third time in three years that Seville is... 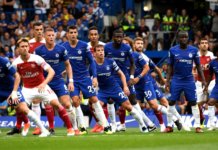