Most of the English Premier League (EPL) big guns, Manchester United, Chelsea, Arsenal and Manchester City easily made it to the next round.

Liverpool will have to replay their match against West Ham after the two sides fought to a barren draw on Saturday. West Bromwich Albion were also held to a 2-2 draw by Peterborough in the only surprise result of the weekend.

Manchester United coach Louis Van Gaal got a sigh of relief when his side brushed aside Derby County 3-1 on Friday and stay on course for silver ware this season.

A loss would have been unthinkable for the Dutch manager who has been under plenty of pressure following a spate of poor results in the league. The result could offer a platform for improvement when United play Stoke City on Tuesday in their league match.

Wayne Rooney, Deley Blind and Juan Mata scored for United while George Thorne grabbed the only goal for Derby County.

Arsenal’s hopes of winning a double were raised even higher when they edged out Burnley 2-1 on Saturday.

The gunners however struggled for the result as their opponents gave a good account of themselves in their search for an upset that was however never to be.

Aside from the result, Arsenal coach Arsene Wenger will be delighted that most of his key players are now back into the team and widens his scope for selection as the gunners seek to win both the FA Cup and the Premier League.

Alexis Sanchez looks to be back for good after being sidelined for a long time with injury and made a good impression at the weekend scoring the winning goal after setting up Calum Chambers to score the opening goal.

Apart from Sanchez, Francis Coquelin and Tomas Rosicky are also back in the Arsenal squad. Egyptian midfielder Mohammed Elneny was impressive in his debut against Burnley.

With that win, the gunners have maintained an excellent record in the FA Cup where they have now won 16 matches in a row. They also have a chance of making it three FA Cup wins in a row having won it in the last two years.

Chelsea, Manchester City and Tottenham Hotspurs were the biggest Premier League winners scoring 13 goals between themselves.

Spurs hammered Colchester 4-1 while City brushed aside Aston Villa 4-0. Chelsea crushed MK Dons 5-1 in the biggest win of the weekend. 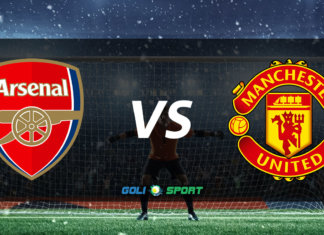 Amy McDonald - March 6, 2019
0
Arsenal and Manchester United will revive a classic Premier League rivalry when they meet at the Emirates Stadium on Sunday, 10 March... 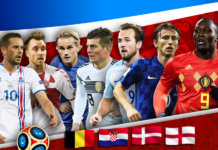