The Spanish side won the first leg 1-0 thanks to a Saul Niguez goal and go into Tuesday’s clash favourites to go through.

Atletico who were runners-up in the Champions League two years ago, have never won the competition but caused an upset this year by edging out champions Barcelona and will be hoping that this momentum can push them to the end.

With a 1-0 goal advantage, the Spanish side can afford to sit back and fight for a barren draw which will be enough to take them through to the final.

But Atletico coach Diego Simeone knows that Bayern will throw everything at them and will, therefore, be hoping that his top stars like Niguez and Fernando Torres are in fine form to guide them.

All in all, it has been a fine season for Madrid who are also in line to win the La Liga title.

In terms of pedigree, Bayern Munich remains head and shoulders above their opponents.

The German champions have won five Champions League titles and have had a fine run of 11 consecutive wins since 2014 in this competition.

Bayern has also been dominant at home with three Bundesliga titles in their arms and a fourth one waiting this season.

Bayern coach Pep Guardiola will be leaving the club this month and will be keen to depart on a high and a final place in the Champions League should do it. 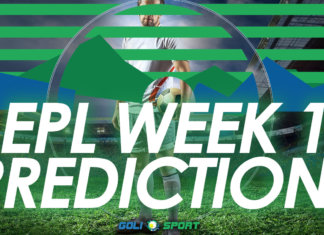 Amy McDonald - August 2, 2019
0
Let the countdown begin, it is exactly one week to go before the English Premier League kicks off. The wait has been long and...