Both Arsenal and Manchester City will be keen to keep in touch with surprise leaders Leicester City when the two clash on Monday night.

Leicester went five points clear at the top after edging out Everton 3-2 on Saturday.

Arsenal are second on the log with 33 points while City lie third on 32 points. This is a massive fixture for both sides who remain title contenders after a good start to the season.

Being at home, City will be under pressure to win this one and will be glad to welcome back Sergio Aguero.

The forward has been missing due to a heel problem but was in training this week making himself available for selection.

Aguero’s presence together with David Silva makes a great combination upfront for City.

However, at the back City will still be worried by the absence of Vincent Kompany who is yet to recover from a calf injury.

City have really struggled without the Belgian who has been a pillar at the back and could find the going tough against the gunners.

City go into this fixture having failed to score in the last three matches in a row.

For Arsenal, they have an advantage against their opponents having won 22 times against City.

Arsenal are also sweating about the fitness of Alexis Sanchez who suffered a hamstring injury during last month’s 1-1 draw against Norwich City.

Though Sanchez has resumed training, he remains unlikely to play any role in the match leaving everything to Oliver Giroud.

By all accounts this is expected to be a top of the bill fixture heading to Christmas Day. 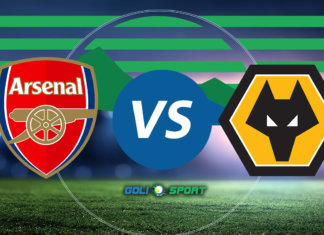 Amy McDonald - November 1, 2019
0
Arsenal will square off with Wolverhampton Wanderers in an English Premier League match at the Emirates Stadium on Saturday. The Gunners drew 2-2 with Crystal... 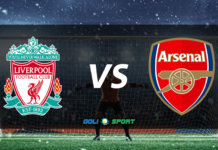