Manchester City striker Wilfried Bony has denied reports in British media linking him with a return to his former club Swansea City.

The Ivorian has been unhappy since losing his starting place in the team to Sergio Aguero who came back to the team after a an injury spell.

But speaking to the BBC, Bony said he is happy at the Etihad Stadium and is willing to see out his contract.

The Ivorian has played second fiddle to Aguero having played only 27 matches since his January 2015 signing with the club. 16 of those matches have been as a substitute. City are third on the log after 22 matches.

In other transfer news, Brazilian striker Alexandre Pato has been offered a three year contract by Chelsea.

The player is keen to join the Blues as his representatives held talks with the Chelsea top command on Tuesday night to agree on a deal.

Pato 26 is currently tied to Corinthians who want around £8m for the signature of the player. The Blues are keen to sign as a number of key players are unavailable.

And Manchester United coach Louis Van Gaal is set to welcome back Adnan Januzaj to the first team fold for this Monday’s match against Southampton. Januzaj struggled to play for Red Devils in Van Gaal’s first season in charge and was sent on loan to Borussia Dortmund. But he also did not play much in Germany and has been recalled by United. 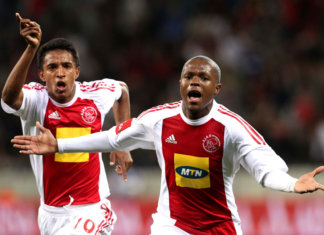 Amy McDonald - May 15, 2018
0
Ajax Cape Town has been dramatically relegated from the Absa Premiership after it was found that they had been fielding an ineligible player. The...