PSG sailed through on 4-2 aggregate as they had won the first leg also 2-1 at home two weeks ago.

Swedish international Zlatan Ibrahimovic was the man of the match when he scored once and set up Adrien Rabiot to score the other goal.

Chelsea’s only goal was scored by Diego Costa who was coming back to the team after a recovering from an injury.

It was a disappointing result for the Blues who were being knocked out of the last 16 stage by PSG for the second year in a row and it was also only the second defeat under interim Chelsea manager Guus Hiddink who took over in December.

But the loss may turn out to be too costly for Chelsea who remain in danger of missing out on European football next season as they remain tenth on the Premier League log.

Chelsea’s only hope for silverware this season is the FA Cup where they have a date with Everton on Saturday.

Furthermore, the Blues will also be worried by the absence of Costa who was pulled off at the hour mark with an injury.

For the French side, it was historic moment as they became the first French team to reach the last eight in four consecutive seasons and they did it in style with 100 goals in all competitions to boot.

In another match, Benfica made it to the quarter-final of the champions league after edging out Zenit St.Petersburg 3-1 .The Portuguese side had won the first leg 1-0. 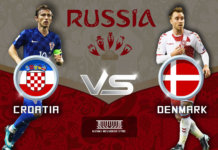 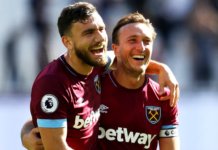