He was crowned in a ceremony in Abuja, Nigeria on last Thursday after he garnered 143 votes ahead of Ivory Coast’s Yaya Toure who got 136 points while Swansea’s player Andre Ayew came third with 112 points.

Aubameyang plays for Borussia Dortmund and Gabon and has scored 17 goals in the 17 Bundesliga matches this season. Toure, who has previously won the title 5 times later expressed his disappointment at the decision. ” I’m very disappointed. Its sad to see Africa react this way, they don’t think African achievements are important,” he was quoted as saying in the French radio station RFI. Soon after being crowned the African Player of the year, he posted this video on Instagram:

Despite that reaction, Aubameyang is still maintains a positive attitude. Speaking to Sport Bild, Aubameyang said ‘ I really don’t know why he said… I am not going to get angry about it and for me its already an old story. It simply does not interest me”.

Aubameyang strikes the viewer as a player who has fun in the field. Back in 2014, when he scored against FC Bayern Munich, he reached out to his socks, pulled out a spiderman mask and wore it as he celebrated with his team. Since then, he has been nicknamed ‘Spider man’.

With a promising career ahead of him, we celebrate with this talented player and wish him the best in the coming years. 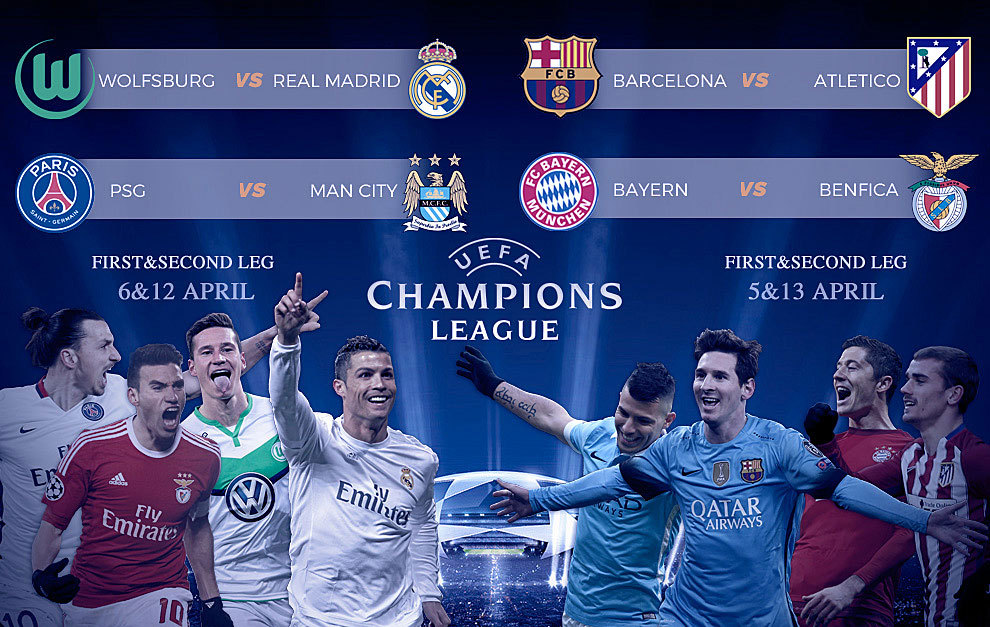 Gilbert Wandera - March 22, 2016
0
The draw for the quarter finals of the Champions League was done on Friday afternoon and it has seen favourites avoid each other at...